Orders are all freshly custom made and take 48 hours to be ready.

For as long as I can remember, I've loved Alice in Wonderland. It started with the Disney movie — the scene with the flowers was always my favorite — and then later on I read the book.

The idea of escaping into a magical world is just too fun to pass on so I've always had an affinity for the story. And since turning things I like into desserts is kind of what I do, it was only a matter of time until Alice in Wonderland got the treat-ment (get it?). Ok, that was awful, but I couldn't resist it!

Maybe you can take some of these ideas and make your own Alice in Wonderland themed tea party at home! Here's what I did: 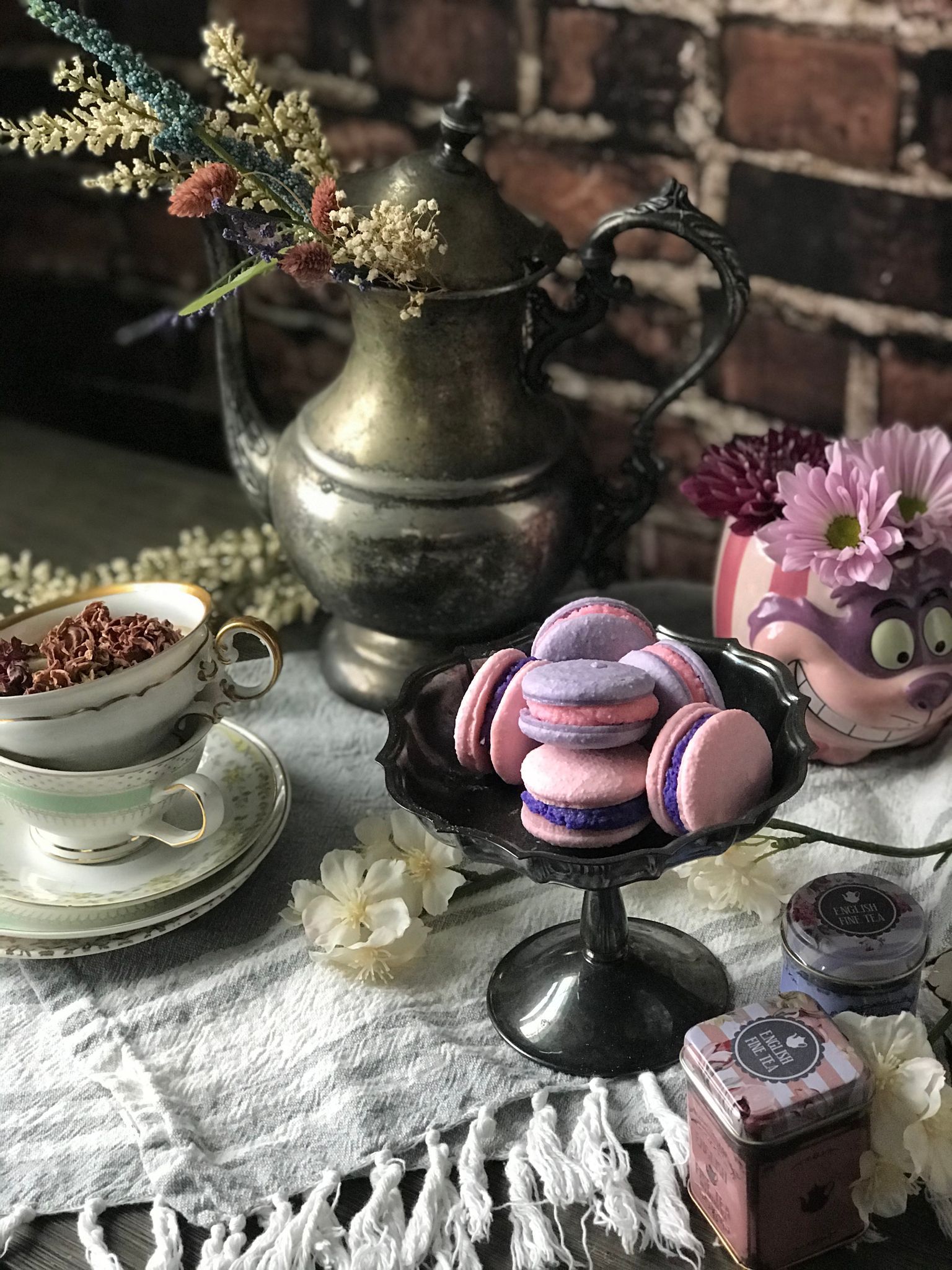 Queen of Hearts brownies. I baked the entire tray using the recipe from my Vegan Baking 101 eBook, froze it to make it more stable and then used a heart shaped cookie cutter to cut out the shapes. The red stripes are made with red buttercream frosting.

These lemon lavender cupcakes got an Alice in Wonderland makeover in the easiest possible way. You can get the decorations here and they're super easy to put together. 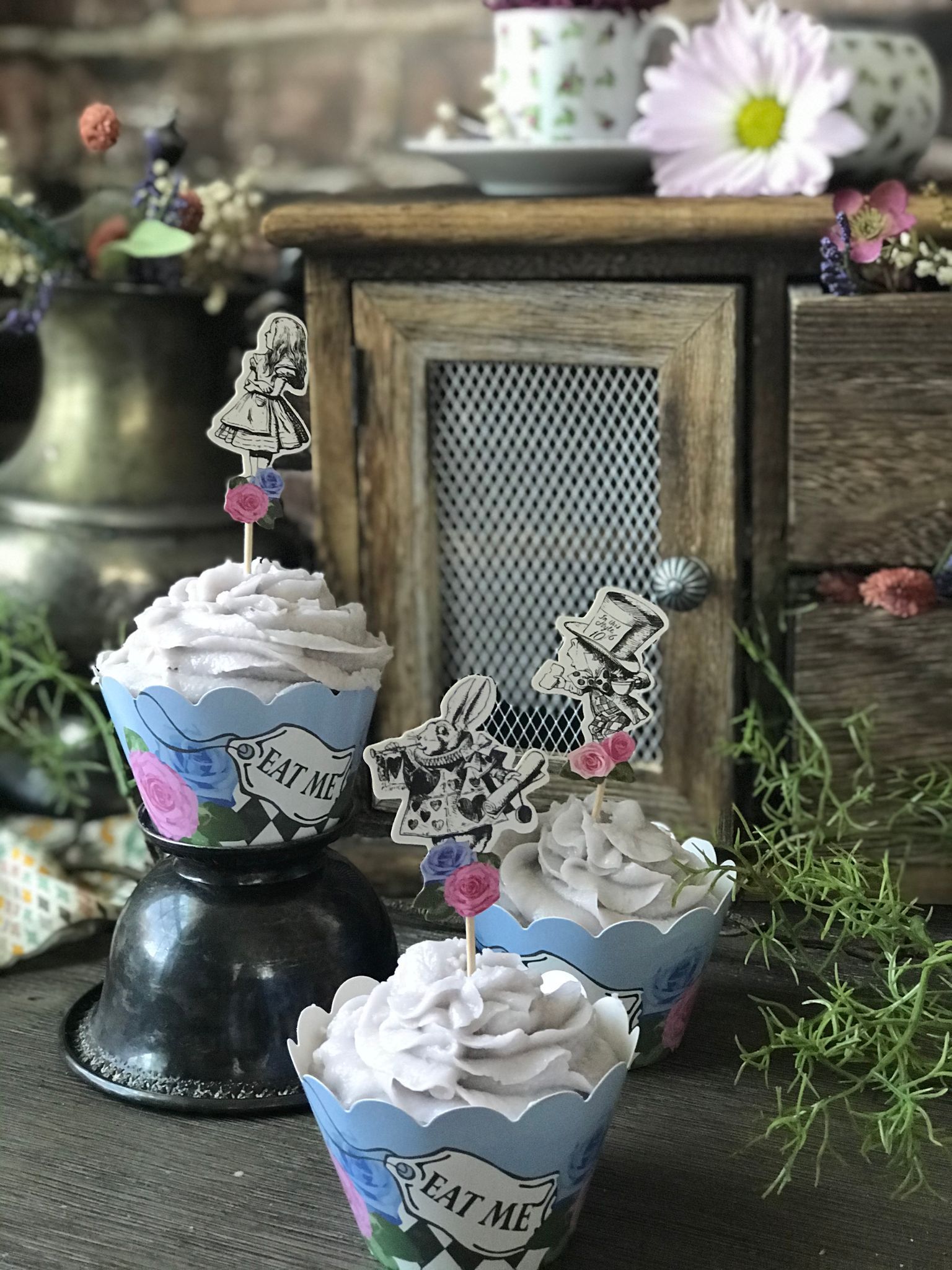 And then finally, the pièce de résistance was making the unbirthday cake from the Mad Hatter's Tea Party.

Not only did this have to be an upside down cake with all the decorations, I decided to kick it up a notch and make the inside as impressive as the outside by making it a checkerboard pattern.It's actually not as hard to do as it looks. Here's a tutorial on how to do that. What do you guys think? Did I do it justice?

If you decide to make any of these yourself, make sure you tag @CuriousCatBakery so I can see them too, ok?

And if you like themed desserts, check out my Harry Potter and Disney themed posts.